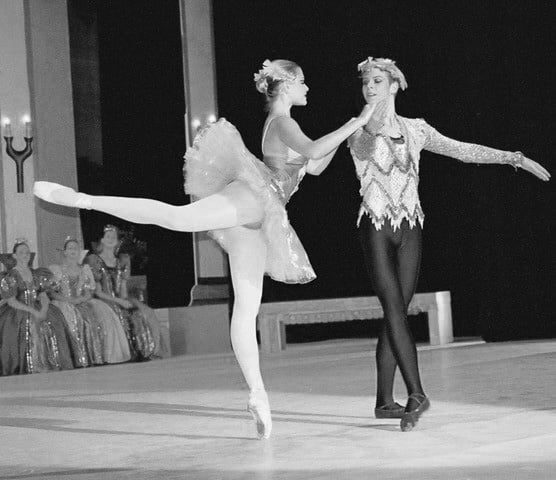 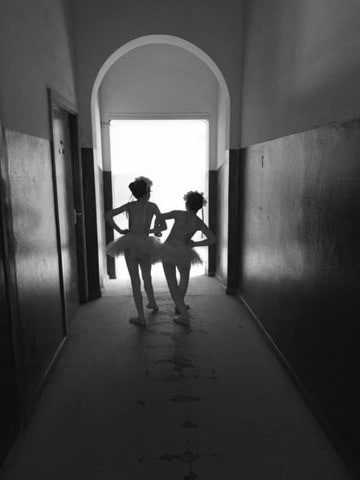 “Ballet is a classical form of dance presented in artistically stylized form in which a strict technique has evolved over the past five centuries.   It is united with music, décor, costumes and inner emotions to create works of dramatic, lyric, or pure dance interest”

If you ask ninety-nine people out of a hundred what ballet is, the answer will be “Dancing of course” and someone may say “On the toes”.   That answer is, in fact, only 20% correct. In fact, ballet is a mixture of dancing, music, drama, poetry, and painting”.

Ballet does not depend on language or words and speaks boldly & directly to all people.   It appeals straight to the heart with its expressive dance images cutting across all cultural barriers.

The ballet dancer’s ability to perform steps and movements is called technique.   This technique has developed over the centuries.   Once the dancer has mastered it by years of hard work, he / she can use it in ballet to express a character / mood / message or simply to portray the music.

Although the very first ballet steps were taken in Italy the real establishment of ballet as you might recognize it today took place in France and can be dated to around 1519 when Catherine De Medici married King Henry the 2nd and staged the first documented ballet performance. An official school was established at the Paris Opera and ballet masters began organizing the step into a syllabus much as we see today.

From that time French has been used to describe the various positions, steps and movements of ballet and you could expect to hear the same instructions in a ballet class in any part of the world. It is the universal language of ballet. Some people might imagine that the dancers make up the steps as they go along while in fact the steps are as set as the notes of music or the words of a play or poem.

“When we see a great dancer on stage, moving us deeply by the apparently effortless beauty and expressiveness of his or her movements, we see only the tip of the iceberg. Behind every detail of the line of each part of the body (coordinated with the line of other parts of the body), and behind every detail of the timing of the movement in relation to the rhythm and phrasing of the music, there is a great mass of training, extending through all the long years in a ballet school”

It was during the Romantic period in Russia (1860) that the great choreographer Petipa, in collaboration with the famous composer Tchaikovsky, gave to the world some of its greatest ballets and music. Namely the three greatest classics: The Sleeping Beauty, The Nutcracker and Swan Lake. There are many hundreds of other famous ballets but these three remain beloved and spring to mind whenever ballet is mentioned.

Throughout the 20th century and into the 21st century ballet has continued to advance and develop and adapt with more and more technical knowledge becoming available. Today there are millions of ballet lovers throughout the world!